Zoom
This webinar is open to EVERYONE, members and non-members.
Free for ULI Members / $15 Non-Members
Not a member? Join Now!
Register Yourself Register Two or More
View Event Attendees
This panel discussion will be delivered virtually via webinar.
Last August, ULI Americas conducted an Advisory Services Panel (ASP) for The Trail Foundation and the City of Austin Parks and Recreation Department on the feasibility of transferring operations for the Ann and Roy Butler Hike-and-Bike Trail at Lady Bird Lake to The Trail Foundation.  Recommendations included strategic planning and vision, formulized partnership, funding options, trail improvements, and community engagement. Hear from both organizations and one of the ASP panelists about the recommendations, implementation, potential impact.
PANELISTS: 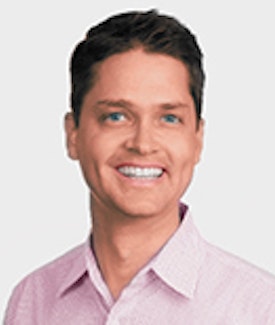 As President of Lee & Associates, an award-winning landscape architecture and planning firm, Zach is primarily noted for his thoughtful and imaginative designs that respond to unique project challenges with creative solutions. Since moving to Austin nearly 20 years ago, he has watched the trail grow and evolve far beyond its physical edges. He loves big ideas, big challenges and feels that what happens next with the trail is as important and critical as any project in Austin.
View in Member Directory Will open in a new window 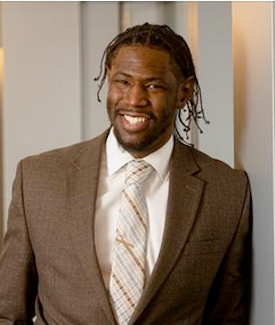 Edward Henley III was raised in Nashville and attended the University of Tennessee. After graduation, he felt drawn back home where he wanted to become a successful entrepreneur and make a difference in the lives of the people of Nashville. “I quite honestly felt that there were few places around the country that offered a young entrepreneur a better environment in which to start and grow a business,” Henley explains. “Ryan Johnson, a friend and mentor, pushed me to explore what I wanted to do and challenged me to set goals. Out of that exercise, I ultimately decided on land development as a path and passion for my career. The progression from vision to reality and ability to impact people and communities in such a tangible manner would enamor me to development.” Henley’s approach is to color outside the lines and not be guided by outdated or rigid methodologies of problem solving. Instead, Henley, and his firm Pillars Development, would be highly flexible, creative, and curious about ways to improve projects and create places that improved their communities. The firm’s name reflects its focus: “Pillars” pays homage not only to an ageless structural element representing solidarity, integrity, and timelessness; but to the concept of pillars in a community –essential to its character, vitality, and sense of place. The idea that a firm could both preserve character and provide positive growth in communities resonates with Edward, and he is committed to delivering this level of thoughtful development as a standard.
View in Member Directory Will open in a new window Heidi Anderson is the executive director of The Trail Foundation, the nonprofit organization that works to protect and enhance the Ann and Roy Butler Hike-and-Bike Trail, the 10-mile path through the heart of Austin. The Butler Trail is the hub of Austin’s 130-mile trail system, circling Lady Bird Lake and passing skyscrapers, neighborhoods, sports fields, and cultural attractions. With more than 2.6 million visits annually, the Trail is one of Austin’s most popular recreational attractions, and has an economic impact of $8.8 million annually. Previously director of development for Austin-based Hill Country Conservancy, Heidi took the reins of TTF June 1. According to TFF’s board of directors, Heidi was selected due to having the ideal combination of experience in the preservation of important natural spaces, raising private funding, and working collaboratively with city staff, elected officials, business leaders, volunteers, and other constituencies. Prior to her career in Austin, Heidi was director of annual giving and community relations for the Casady School in Oklahoma City, and an event planning and public relations consultant. She is the third leader in The Trail Foundation’s nearly 15-year history, and will lead the Foundation’s continued growth and important projects currently underway, including the new Trail Bridge at Congress Avenue, Trail-wide ecological restoration work, and enhancements to the East side of the Trail.
View in Member Directory Will open in a new window Kimberly McNeeley began her career in municipal recreation as a teen and progressed from a part-time swim instructor/ lifeguard to a full-time recreational programmer, and then worked various management positions, eventually becoming the Assistant Director for the City of Austin Parks and Recreation Department in 2010. While serving as Assistant Director, Kimberly also served as Acting PARD Director and Interim Chief Animal Services Officer. “I am honored to continue my work with the Parks and Recreation Department and put my experience and knowledge to work with the departments highly skilled staff. Austinites are passionate about their parks and recreation programs, and I look forward to engaging the community on the challenging and important work the department provides,” shared McNeeley. McNeeley brings a wealth of knowledge related to implementing department strategic goals, community collaboration, and managing the extensive park system that includes over 20,000 acres of land, 300 parks, 227 miles of trails, 40 aquatic facilities, 26 community recreation and senior centers, 13 off‐leash dog areas, 11 museums, arts and cultural centers, 10 performing arts venues, six public golf courses, and five historic cemeteries. McNeeley has an undergraduate degree in Special Education and a dual master’s degree in Exercise Science and Sports Management from Cleveland State University. The Parks and Recreation Department Director reports to Assistant City Manager Christopher Shorter and will oversee the strategic leadership of the Austin Parks and Recreation Department. This includes working closely with the Parks and Recreation Board; an advisory board made up of 11 council-appointed members. Creating community is central to the Parks and Recreation Department. This sentiment is reflected in the Department’s vision to be an innovative leader in parks and recreation experiences and its mission to inspire Austin to learn, play, protect and connect by creating diverse programs and experiences in sustainable natural spaces and public places.
View in Member Directory Will open in a new window

ULI brings together 8 district councils from all across the South/Southwestern region of the United States to explore how extreme heat is impacting the real estate industry, from land use patterns to building design and operating costs.

ULI San Francisco: The Color of Law - In Conversation with Richard Rothstein

Part of the RPIC Webinar Series, this webinar will feature Kevin Bates, one of the pioneers of net zero, who will share his approach to net zero development – and how these development projects can generate an attractive return on investment.