This event is open to EVERYONE, members and non-members.
Not a member? Join Now!
Register Yourself Register Two or More
View Event Attendees Ryan Alter is a longtime Capitol staffer and attorney who has worked with Senators Kirk Watson, Sylvia Garcia, and Juan “Chuy” Hinojosa to fight for progressive policies that bolster voting rights, support public education, expand healthcare, and increase affordable housing opportunities. Born at St. David’s South, Ryan is a lifelong Austin-area resident who has experienced both the good and bad that has come with Austin’s explosive growth. Throughout his career, Ryan has advanced policies to improve the lives of all Texans regardless of their zip code. Despite the complexity of the school finance system, he successfully helped craft workable solutions that secured greater funding for our local public schools. In an environment designed to thwart any progress to address housing affordability or increase access to healthcare, he helped advance policies that make meaningful impacts on the lives of everyday people facing these growing challenges. In the face of countless bills aimed to undermine our elections, weaken our cities, and pit neighbor against neighbor, Ryan played a central role in fighting back to reveal these attempts as nothing more than political ploys aimed to distract from the real issues facing Texans. Trained with the analytical skills of an engineer from UT Austin and graduate of Harvard Law School, Ryan has the tools to tackle any challenge facing our community. Beyond his service at the Capitol, Ryan started a small family business with his sister that demonstrated development focused on smart growth can achieve greater affordability for Austinites.
View in Member Directory Will open in a new window 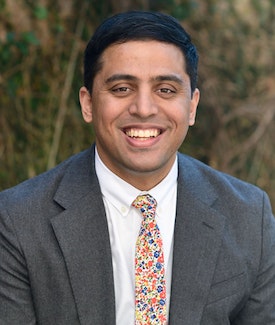 Zohaib “Zo” Qadri was elected to represent District 9 in 2022. He proudly represents the neighborhoods of Downtown, Rainey St., Old West Austin, West Campus, Hyde Park, Travis Heights, Bouldin Creek, Mueller, Cherrywood, and more. Zo is eager to tackle Austin’s housing crisis, to fight for an expanded and equitable transit system, and to protect and uplift our most vulnerable citizens. Zo firmly believes that everyone deserves a voice and access to the abundance of opportunities in our beautiful city. The first-born child of immigrants, Zo moved to Texas at the age of 12 with his parents and two younger sisters. His younger brother was born 5 years later. Initially hoping to follow in the footsteps of his parents, Zo moved to Austin to pursue a career in medicine by starting a degree in biology at the University of Texas and starting a degree in biology. After witnessing first-hand how the local cost of living crisis is inflicting on Austin’s most vulnerable residents, Zo was inspired to improve his adopted community and decided to switch paths by studying the humanities. Zo later received a Masters of Public Administration from Texas State University and a second graduate degree from Rice University in Global Affairs. After finishing his graduate studies, Zo plunged head-first into community advocacy and political campaigns. In 2018, he helped direct political outreach to AAPI voters during Beto O’Rourke’s 2018 U.S. Senate run. Zo later merged his academic knowledge with real world experience in the legislative process during his time as a legislative assistant in the Texas House of Representatives. Zo’s leadership skills and love of coaching others to reach diverse voters led him to South Carolina during the 2020 Democratic Primary, where he helped lead Sen. Elizabeth Warren’s campaign as a Regional Organizing Director. In his career, Zo has taken on multiple projects, ranging from advising activist groups and advocacy campaigns on utilizing technology to achieve their goals, to building strategic alliances to accomplish tangible results for progressive campaigns and issue-oriented organizations. During the challenging years following the beginning of the COVID-19 pandemic, Zo volunteered with local community groups such as Austin Needs Water, the Central Texas Food Bank, and Del Valle Community Coalition to ensure underserved communities throughout Austin had their basic needs met. He also has previously served on the Advisory Committee for the Travis County Democratic Party, and the boards of Austin Muslim Democrats, Asian Democrats of Central Texas, and Emgage USA. He currently serves on the board of Ground Game Texas.
View in Member Directory Will open in a new window Karly Houchin works primarily with engineers and architects on professional liability cases and on complex, multi-party disputes. She represents clients in front of professional licensing boards and defends design professionals against design and construction defect claims, construction delay cases, and traffic control plan disputes. She also represents owners in closeout disputes. Known for her dedication to legal scholarship, Karly’s work has been published in the Texas Construction Law Journal and she is often called upon to analyze intensive case law and develop sophisticated legal strategy. She is a 2017 graduate of St. Mary’s University School of Law in San Antonio, where she focused her studies on construction law and clerked at multiple construction litigation firms in the San Antonio and Austin areas. She also served as an extern from the Honorable Pamela Mathy of the United States District Court for the Western District of Texas, an experience that provided valuable insight into dispute resolution from a federal judge’s point of view.
View in Member Directory Will open in a new window 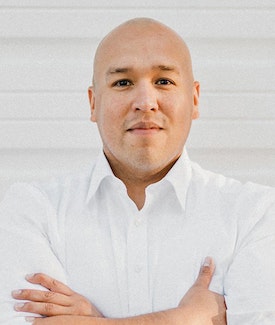 Council Member José Miguel Anwar Velásquez is a community activist, thought leader and proud son of Austin. He was raised in East Austin with his three siblings, by a hardworking, tenacious single mother who instilled in him a commitment to service and the heart to fight for his community. José’s mother worked two and three jobs to keep a roof over their heads and food on the table but still found time to serve their community. Through her example, José learned that hard work and service to others was the only way to navigate life. José went to work at age 11 in a local panaderia to help his mother with bills. That same year he wrote his first petition to help a classmate out of an unsafe environment. José has not quit working or serving his community since. José is a proud Metz Cobra, Martin Eagle, Austin High Maroon, and Huston Tillotson Ram. He has served on numerous boards and commissions including; Greater Austin Chamber of Commerce, Latinitas Austin, East Austin Conservancy, City of Austin Hispanic / Latino Quality of Life Commission and the Mayor's Anti-Displacement Taskforce.
View in Member Directory Will open in a new window