VIRTUAL        ZOOM
This event is open to EVERYONE, members and non-members.
Not a member? Join Now!
REGISTRATION ENDS 9/26
IN-PERSON PRICING

* Discount for ULI Members who represent Academic, Nonprofit, Government, or Young Leaders (under the age of 35).
SEE WHO'S ATTENDING: IN-PERSON | VIRTUAL

Austin has focused on developing public greenspace to complement residential and commercial projects since the City’s downtown street grid was first laid out in 1853. As Austin continues to grow, the need to invest in innovative green spaces that connect our neighborhoods and commercial districts will grow in importance as well. Building on the quality of life Austin is already known for, the future holds a tremendous opportunity to design outdoor spaces that promote art, music, physical activity and community engagement. As we balance growth and connectivity with a robust local appreciation for outdoor activities, these outside amenities will continue to play a critical role in development economics, access and use equity, as well as community culture and fitness. Join us at our September breakfast to learn more about the innovative projects shaping the future of Austin’s green spaces.

PANELISTS:
Jesús Aguirre, CEO, Waterloo Greenway
Tara Green, Principal of Program Development for OJB and Past President of  Klyde Warren Park
Ryan Losch, Associate Principal/Urban Designer, Page
MODERATOR:
Melissa Barry, Vice President, Planning, Downtown Austin Alliance
REGISTRATION FAQ's
REGISTERING MULTIPLE PEOPLE - If you are registering multiple people, call ULI Customer Service at 800-321-5011
IN-PERSON REGISTRATION - Limited In-Person registration is available. Included breakfast during the program.
Zoom details will be provided after registration.
OTHER QUESTIONS - If you have other questions about registering for this event, confirmation of registration, or canceling registration, contact ULI Customer Service at 800.321.5011 or [email protected]
Cancellations, refund requests, or changes from in-person to virtual must be requested 48 hours prior to the event. Cancellations or changes requested on the day of the event will not be refunded.
COVID PROTOCOL Recently, Jesus Aguirre joined Waterloo Greenway from the City of Seattle, where he has served as Superintendent of the Department of Parks and Recreation for almost six years. Aguirre brings more than 20 years of public service leadership experience in several major metropolitan jurisdictions, including Los Angeles, New York City, Phoenix, Washington, D.C., and Seattle. In his role at the helm of Seattle’s municipal parks and recreation agency, Aguirre oversees a $260-million annual budget, almost 1,000 full-time staff members, and stewardship of 6,400 acres of parkland, 480 public parks, and dozens of facilities including pools, golf courses, athletic fields, family play spaces, and more. A deep understanding of public-private partnerships and a commitment to community engagement were most compelling for Waterloo Greenway’s board and search committee; namely, Aguirre’s successful comprehensive efforts in programming, construction, and maintenance focusing specifically on social equity, removing barriers to access, and targeting offerings to underserved populations and geographic areas. Born in Mexico, Aguirre’s distinguished career has taken him across the nation, and his new role represents a homecoming of sorts as he spent his childhood in Houston and is a graduate of the University of Texas at Austin. Aguirre is excited to get back to his Texas roots and relocate to be closer to family. “It’s an absolute privilege to join Waterloo Greenway, and I cannot wait to work alongside such an incredible group of staff, board members, and committed partners,” said Jesús Aguirre. “I’ve watched this transformative project as it creates a model for cities around the country as an exemplary public-private partnership to successfully revitalize underutilized assets for the benefit of the community. I am anxious to get started.” After graduating from UT, Aguirre received a Master’s in Business Administration from Arizona State University. Prior to his work in Seattle, he served as director of the District of Columbia Department of Parks and Recreation, where he oversaw more than $115 million in facility design, construction, and redevelopment efforts in the nation’s capital. In addition, Aguirre has also worked in the education sector, starting off as a middle school science teacher, and ultimately serving as the State Superintendent of Education for the District of Columbia. Aguirre and his wife co-founded and ran a nonprofit K-8 dual-language charter school in Phoenix for 10 years. He serves on the boards of the National Recreation and Park Association and Children and Nature Network, and is a member of the American Academy for Park and Recreation Administration.
View in Member Directory Will open in a new window 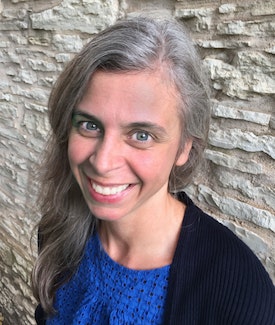 Melissa Barry is Vice President of Planning at the Downtown Austin Alliance, where she focuses on planning for the future of Austin's rapidly growing downtown. With over 20 years of experience in public, private, and nonprofit sectors, she has been immersed in a wide range of planning and design challenges in communities of all sizes. In downtown Austin, she led the public-private partnership to transform historic Republic Square, the award-winning Downtown Parking Strategy, the Downtown Austin Vision and she is currently leading a major effort to create a community vision for the I-35 corridor through downtown Austin.
View in Member Directory Will open in a new window Ryan Losch is an Associate Principal and Urban Designer at Page. He has a dynamic background in both architecture and urban design and combines his knowledge of these disciplines to develop projects that work across all project scales, from cities to small campuses. He brings exceptional creativity and design to his projects to ensure that they enhance the urban environment in and surrounding the site. He has extensive experience with projects at a range of scales and typologies and in a variety of urban conditions such as downtown redevelopments, peripheral urban zones, and focused campus areas. Ryan leads Page's urban design and planning team in the firm's Austin office, working on projects for public institutions, private developers, non-profits, and governmental entities.
View in Member Directory Will open in a new window 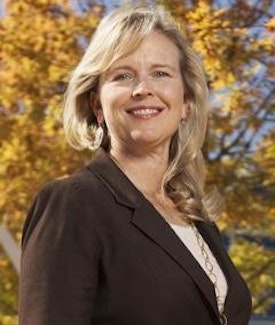 As Principal of Program Development, Tara Green leads OJB Landscape Architecture’s (OJB) Activation division and the firm’s new Dallas office. Tara focuses on developing the firm’s park planning and programming initiatives, as well as open space in the civic, workplace, academic and mixed-use environments. As OJB’s activation strategist, Green works with the OJB design team from project inception to deliver a plan and tactical advice that help owners, developers, and other stakeholders achieve their ultimate goals. Her proven capabilities include identifying unique activities for designs to create community; building funding models, program and community partnerships; setting governance, organizational, and staffing structures; and guiding marketing, social media, and public relations efforts. Prior to joining OJB in 2018, she was President of Klyde Warren Park for five years, turning it into a world-class model for successful public-private partnerships. Tara was responsible for keeping Dallas’ most active green space a pristine and safe environment for the 1 million guests who visit each year. She guided the strategic direction of the park and worked to generate operating capital for the non-profit, which receives no municipal funding. She oversaw staff and operations, including 1,300 free activities offered throughout the year. Tara, who has worked in downtown Dallas for more than 20 years, enjoyed seeing the thousands of visitors who came through the park every week. Past experience also includes years of experience in the sports industry and in venue management. She was the Chief Revenue Officer at the America Airlines Center, Vice President and Chief Operating Officer of the North Texas Super Bowl XLV Host Committee for Super Bowl XLV (45) and the Vice President of Sports Marketing for the Dallas Convention and Visitors Bureau. Aside from her professional experience, Tara is committed to serving the City of Dallas where she is active in many community organizations. She served on the board of directors for Downtown Dallas Association, Dallas Arts District, Uptown Dallas Inc. and the McKinney Avenue Trolley. She completed two terms as the chairwoman of the Dallas Sports Commission and served on the board of VisitDallas. Tara is also a past chairwoman for the National Association of Sports Commission and has earned her Certified Sports Event Executive (CSEE) designation. Tara is a graduate of the University of North Carolina at Chapel Hill with a bachelor’s degree in International Studies. She also earned a master’s degree in Sports Administration from Ohio University. Tara currently lives in Coppell with her husband Lamar and two children, Wiley and Sydney.
View in Member Directory Will open in a new window