This panel discussion will be delivered virtually via webinar.
This webinar is open to EVERYONE, members and non-members.
$15 for ULI Members | $30 Non-Members | Free for Students
Not a member? Join Now!
Register Yourself Register Two or More
View Event Attendees

In October 2020, the Austin City Council voted to create the Austin Economic Development Corporation (AEDC). Council approved and adopted the corporation Articles of Incorporation and Bylaws.

The City of Austin created the AEDC as a tool to help local government meet multipronged challenges—from affordability, homelessness, and equity, to sustaining and growing the small businesses, arts and culture—that have made Austin a thriving place. Able to operate nimbly, without duplicating the work of the existing Chamber of Commerce/Opportunity Austin and City of Austin Economic Development Department, the AEDC can bring new financing vehicles and agility to a host of community development projects. This expert panel will examine ways Austin could harness the new nonprofit local government corporation, while bringing national perspective on the catalytic role EDCs have played in other cities, including New York and Atlanta. Since 2008, Mr. Kwatinetz has been the Managing Partner of QBL Real Estate, a public/private and impact investment advisory firm. Matthew is currently engaged by the City of Austin to launch the Austin Economic Development Corporation on their behalf. From 2010, he worked with Kinzer Real Estate Services as the VP of Finance and Economics, supporting industrial site selection and tenant-side office transactions for such clients as the University of Washington, Alaska Airlines, and Starbucks Corporation. For Starbucks, he led a team to negotiate the creation of a $150M manufacturing plant in Augusta, GA. Following that project, he was recruited by Augusta’s Mayor Copenhaver to create and run Augusta Regional Collaboration Corporation (ARCC), a public development corporation which worked with the City and State to consolidate a new research university into the downtown, catalyzing $100M+ of investment in the urban core. ARCC also led the the deal to attract Unisys to Augusta, and also led the negotiation and public financing of The Beacon, a ground up development that was the first value capture ground lease in Augusta’s history. ARCC's headquarters was located in one of architect IM Pei's first US buildings, for which Kwatinetz led the adaptive reuse. From 2014-2020, Mr. Kwatinetz worked for the New York City Economic Development Corporation (NYCEDC). At EDC he was the the Executive Vice President of Asset Management, in charge of a 67M+ square foot real estate portfolio. Matthew’s responsibilities included: leasing, development, repositioning, strategic planning, operations, collections/litigations, financial reporting, tenant improvements. During his tenure he increased occupancy to 96%, maintained a 99%+ collections rate, increased net income by 15%, brought over 2M SF into the portfolio, and supervised over $1B of development by the asset management capital construction team. Selected assets include: the 42nd Street Development Project, Metrotech, Hunts Point Food Distribution Center, Brooklyn Army Terminal, Bush Made In NY Campus, the public retail markets including New Essex Street Market, Coney Island, and the South Street Seaport. For EDC, Kwatinetz also ran PortNYC, the third largest port in the US, which includes the NY Cruise Terminals, South Brooklyn Marine Terminal, and DockNYC. Matthew led the negotiations, construction, and operations team that launched the $600M+ NYC Ferry system, which is the largest expansion of commuter ferry service in US history. Before running Asset Management for NYCEDC, Kwatinetz was an SVP in the Real Estate Transaction Services group, selected transactions: Bedford Union Armory, Caton Flats, Coney Island Amphitheater, Loew’s Kings Theatre, Union Square Tech Hub, Sunnyside Yard feasibility study. Kwatinetz was the lead member of the Mayor's Affordable Real Estate for Artists (AREA) program, which is the largest affordable artist work space initiative in the country. Kwatinetz also worked with the Mayor’s Office of Media and Entertainment to save The Power Station recording studio in Manhattan and turn it into the permanent home of Berklee School of Music alongside a working recording studio and music virtual reality library. From 1999, he worked in Seattle for a variety of cultural organizations and festivals, and then served as the developer and general contractor of an adaptive reuse of a 18,000 square foot 1917 auto-warehouse to create a cultural incubator, Capitol Hill Arts Center (CHAC), which included three theatres, an art gallery, restaurant, cultural co-working spaces, bar/cabaret and shared resources for artistic production including a scene shop, recording studio, and the birthplace of Brown Paper Tickets. He served as General Manager of the business and real estate for six years, doing all construction and leasing in house. He also was the Producing Artistic Director of CHAC, and Seattle Mayor Nichols named Kwatinetz a Seattle City Artist for theatre in 2007. While in Seattle, Kwatinetz served as the founding Vice President of the Capitol Hill Chamber of Commerce, and also founded and chaired the Arts and Entertainment Committee which organized the neighborhood cultural groups as well as re-starting the Capitol Hill Art Walk, with over 30 participating galleries. When imminent gentrification and rampant development threatened to overwhelm a decade of cultural progress, Matthew organized regional cultural workers and organizations and co-founded and sat on the Seattle Cultural Overlay District Advisory Committee—a Seattle City Council advisory board that developed zoning controls, financial programs and technical assistance for the City’s cultural groups which still exist today. Kwatinetz was then invited around the country to share lessons learned and coach other cultural communities in creating sustainable footprints in their cities. Matthew has sat on grant review panels, including for Art Patch (King County Public Health), 4Culture Special Projects and King County’s Cultural Real Estate Task Force. Matthew is the Chair of the ULI NY District Technical Assistance Program and serves on the NY District Management Committee for ULI and on the national Public/Private Council. He is the Board Chair for the Augusta Regional Collaboration Corporation (Augusta, Georgia). Matthew is a Board Member of the Burning Man Project and their Senior Director of Real Estate. Kwatinetz is the Director of the NYU Urban Lab at Schack Institute of Real Estate, where he is also a Clinical Assistant Professor of Real Estate Economics and Economic Development. He has been a featured speaker for Wharton, Harvard GSD, NYU, Columbia, Penn’s Insitutute for Urban Research, Port Industry Day, SUNY Maritime College, The New School, the International Council of Shopping Centers (ICSC), Americans for the Arts, NAIOP, Net Impact, and the Centre for Policy Studies on Culture and Communities. Matthew received his MBA in Real Estate at The Wharton School, where he was named a Martin Bucksbaum scholar. He is a graduate of Deep Springs College and Harvard University, with honors.
View in Member Directory Will open in a new window 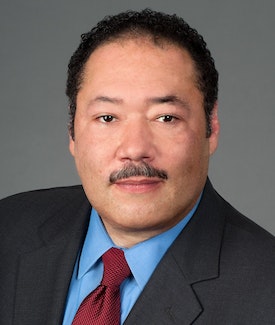 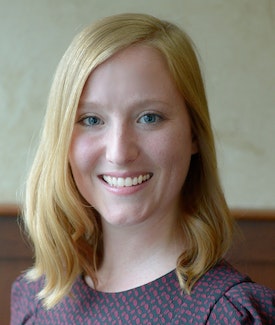 Nina Farrell, CCIM is the Higher Education Specialist with CBRE’s Public Institutions & Education Solutions national practice group, advising and representing higher education institutions across the country. Nina represents state and local government entities in the Southwest United States, providing leadership in her role as Assistant Regional Manager. Prior to joining CBRE, Ms. Farrell was an Associate Real Estate Officer with UT System. In this role, she provided real estate consultation services, strategic planning, and transaction services for the fourteen University of Texas medical and academic institutions throughout the state of Texas as well as The University of Texas System Administration. Ms. Farrell specializes in strategic planning, portfolio review, development advisory, and transaction services for various governmental agencies, assisting to maximize value while upholding the agency’s mission. She is versed in P3 best practices, credit and balance sheet implications, procurement policies, and financing alternatives for various transaction types.
View in Member Directory Will open in a new window 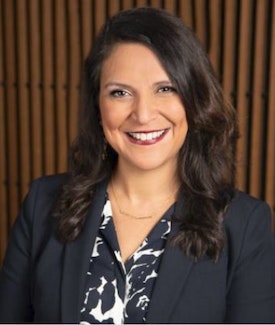 Veronica Briseño has served the City of Austin in various roles since 1999. Currently, she is the City of Austin’s Chief Economic Recovery Officer, responsible for identifying and implementing strategies to help Austin’s economy recover from the unprecedented health and economic impacts of the COVID-19 pandemic. She also serves as Director for the City of Austin’s Economic Development Department, which engages business and creatives in Austin through its six divisions: Cultural Arts, Global Business Expansion, Heritage Tourism, Music & Entertainment, Redevelopment, and Small Business. Prior to these positions, Veronica served as the City of Austin’s Interim Homeless Strategy Officer and held several progressively responsible positions at City of Austin’s Small & Minority Business Resources (SMBR) Department, including Director, Assistant Director, and Certification and Administration Manager. Prior to SMBR, she was a Policy Aide to former Austin City Council Member Raul Alvarez and the City Council Agenda Manager in the City of Austin’s City Manager’s Office. Veronica has served on various community boards including the Austin Metro YMCA and PeopleFund. She currently serves on the Mission Capital board. When it comes to professional engagement, Veronica also serves as Immediate Past President of the Local Government Hispanic Network (LGHN), a national organization that promotes inclusiveness of Latinos in local government. Previously she served on the board of the Austin Hispanic/Latino Network in many roles, including President. She also co-founded and co-chairs ‘Woman to Woman’, a City of Austin employee affiliation group for women. She earned her Master of Public Affairs from The University of Texas at Austin Lyndon B. Johnson School of Public Affairs, as well as undergraduate degrees in Journalism and Government from The University of Texas at Austin. Veronica has two sons who keep her active. In her spare time, she enjoys running and has completed two half-marathons. Prior to this role, Veronica has served in multiple roles within the Small and Minority Business Resources Department (SMBR) including Director, Assistant Director, and Administrative Manager. Veronica also served in the office of former Council Member Raul Alvarez and in the City Manager’s Office. Veronica holds a Master of Public Affairs degree from the Lyndon B. Johnson School of Public Affairs, University of Texas at Austin in addition to a Bachelor of Arts degree in Government and Journalism from the University of Texas at Austin. Veronica is the immediate past President for the Local Government Hispanic Network (LGHN) and past President of the Austin Hispanic Latino Network (AHLN). She is the Co-Founder and Vice Chair for “Woman to Woman,” a City of Austin Affinity Organization, and is a member of the International City Management Association (ICMA). In 2018, Veronica was awarded the Greater Austin Hispanic Chamber of Commerce Latina Leadership Industry Award for Public Service.
View in Member Directory Will open in a new window

This panel discussion will be delivered virtually via webinar.

This panel discussion will be delivered virtually via webinar.

Get the big-picture thinking and actionable insights you need – now.