Register Yourself Register Two or More
View Event Attendees
Patricia Will is the Founder and CEO of Belmont Village Senior Living, an integrated owner, developer, and operator of first-rate seniors housing and care communities. Belmont Village was founded in 1997 and now has 30 communities in seven US states and one in Mexico City, Mexico. Mrs. Will will share her experience founding the company and how she transitioned her background in real estate developing medical properties to a career in senior living to address a void she found in Alzheimer’s care. She will also provide some insight on market changes and obstacles she has experienced since founding the company
REGISTRATION FAQ'S
NON-MEMBERS- Registration open to members until October 17, 2019. Registration opens to non-members on October 18.
REGISTERING MULTIPLE PEOPLE - If you are registering multiple people, call our customer service at 800-321-5011
CANCELLATIONS/REFUNDS - Refunds must be submitted in writing, two business days prior to the event.
OTHER QUESTIONS - If you have other questions about registering for this event, confirmation of my registration, or canceling my registration, who should you contact?  Please contact ULI Customer Service at 800.321.5011 or customerservice@uli.org 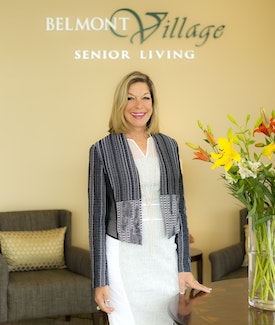 Patricia G. Will Co-Founder and CEO Belmont Village Senior Living Patricia Will co-founded Belmont Village Senior Living in 1997, as a fully integrated developer and operator of first rate senior living communities, with a focus on assisted living and memory care. The Company operates 24 communities (approximately 3800 units) in seven American states. Belmont is currently developing a community at UC Berkeley and its first international project in Mexico City adjacent to the world-renowned ABC hospital. Past and current institutional partners include AEW/CalPERS, JPMorgan, GE, and Welltower. Prior to founding Belmont, Mrs. Will served in an executive capacity in real estate and healthcare for more than 15 years. As Vice President and Partner at Mischer Development, she developed several million square feet of commercial and medical projects. In 1994, she co-founded a development company specializing in complex healthcare campuses and has sponsored the launch of two ventures engaged in health promotion and wellness. It also provided the launch pad in 1995 for Belmont Village Senior Living. Mrs. Will earned an M.B.A. with distinction from Harvard Business School and a Bachelor of Arts degree, Phi Beta Kappa, from Reed College in Portland, Oregon. She currently serves as a Trustee of numerous academic and charitable institutions and is a recognized leader in senior living. Mrs. Will has played an integral role in setting standards and shaping policy for the industry.
View in Member Directory Will open in a new window

This exclusive event which will take place virtually on December 2nd, 2020 will unpack the new realities of resilience during a pandemic, while examining the ways in which industry leaders can make informed decisions to further protect communities and investments from future climate risks.