ZOOM This webinar will be hosted by Zoom. UNITED STATES
This year's Marketplace was rescheduled for June 10, 2020, and will now be an extended and virtual version of City Chat portion of the event.
Members: $25
Public and Under 35 Members: $15
Student Members: Free
Non-Members: $40
Registration is required in order to receive the virtual meeting link in your confirmation email.
Register
View Event Attendees
We have made the socially responsible decision and moved this year's Marketplace to a virtual event.   In place of Marketplace, we will host a virtual extended version of our City Chat. The Virtual City Chat will feature multiple panels of city representatives from across the Greater Austin Region, discussing economic development and business opportunities throughout the region and offering an outlook on long-term goals and initiatives.
VIRTUAL CITY CHAT
The “City Chat” panel will highlight economic development priorities in Travis, Williamson and Hays Counties. Panelists will provide a brief overview of business opportunities each county is trying to attract and where growth opportunities lie.
City Chat, held from 4:00-5:30pm, will be a virtual webinar now open to all.
CONFIRMED PARTICIPANTS (Listed alphabetically by city)
More to be announced!
ANNOUNCER
Jeffrey Casinger, PGAL
REGISTRATION FAQ'S
MARKETPLACE TO VIRTUAL CITY CHAT - All registrations will roll over to City Chat, you will be refunded the difference.
CANCELLATIONS/REFUNDS -  If you are unable to attend on June 10 and wish to cancel, contact Customer Service at customerservice@uli.org or 800-321-5011. All cancellations and refund requests must be submitted by June 4, 2020.
ANNUAL SPONSORS - Contact ariel.romell@uli.org to take advantage of your passes.
OTHER QUESTIONS - If you have other questions about registering for this event, confirmation of registration, or canceling registration, contact ULI Customer Service at 800.321.5011 or customerservice@uli.org 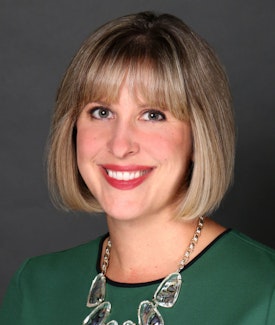 Katherine Woerner Caffrey has served the City of Cedar Park as Assistant City Manager since 2015. In this position, she oversees the City's departments of Finance, Development Services and Information Services, as well as Community Affairs. Prior to her role as Assistant City Manager, Caffrey served as the City's Director of Community Affairs from 2012 to 2015, overseeing the City's Media & Communications Office, Emergency Management Division, the Cedar Park Public Library, Legislative Affairs, and Resource Efficiency Division, as well as other issues of community interest. Caffrey previously served as the City's Utilities Program Manager from 2010 to 2011 and the Assistant to the City Manager from 2007 to 2010. Prior to joining the City of Cedar Park, she worked for the City of Little Rock, Arkansas as the Management Analyst 2005 to 2007. Caffrey holds a Master of Public Administration from the University of Kansas and a Bachelor of Arts in Political Science from Hendrix College. She belongs to the International City Management Association and the Texas City Management Association, and is Co-Chair for the Regional Growth Council of the Austin chapter of the Urban Land Institute, and serves as Treasurer for the Texas chapter of Women Leading Government. Additionally she is a 2018 Mc Bee Fellow with the Austin Area Research Organization (AARO).
View in Member Directory Will open in a new window 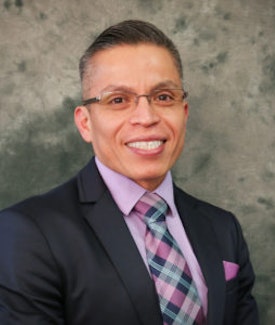 Rodney Gonzales is the Assistant City Manager for the City of Austin’s Economic Opportunity & Affordability strategic outcome areas. He has 23 years of experience in key leadership positions in local government, 13 of which are with the City of Austin. He holds a Master’s Degree in Business Administration and a Bachelor’s degree from Texas State University (TSU). He is recognized as a Certified Public Manager from TSU, and he was a graduate level guest lecturer on the topic of public administration for several years at TSU. As the former Director for the City of Austin’s Development Services Department, Rodney led key reforms at DSD aimed at achieving greater delivery of service through implementing new technology, creating efficiencies in processes, and increasing employee training and resources. Rodney’s focus on workplace environment concerns and alignment of vision, actions, and guiding principles are intentional with a goal of developing a sustainable culture of excellent customer service. As the former Deputy Director of the City of Austin’s Economic Development Department, Rodney led major economic development and redevelopment projects resulting in significant job creation, retention and downtown revitalization. He spearheaded the City’s hosting of the inaugural 2012 and 2013 U.S. Formula One Grands Prix, which included not only city-wide preparation but also included regional, state, and federal agency involvement. Rodney has held the position of Director of Finance for the cities of Luling and San Marcos, two smaller communities in the Austin region. In those cities, he led a diverse mix of areas with a key focus on financial management and leading the annual budget process. In 2013, Mayor Lee Leffingwell selected Rodney to participate with the Mayor, Council Member Chris Riley, and local developer Terry Mitchell as a Fellow for the Urban Land Institute Rose Center for Public Leadership. In 2017, Rodney helped to establish the Stonewall Equality Employee Network (SEEN), which is the first organization-wide employee resource group for lesbian, gay, bisexual, transgender, queer employees and allies (LGBTQ+). Rodney currently serves as a SEEN Board Member. Rodney also mentors City employees through the City’s Executive Academy. In his spare time, Rodney enjoys woodworking, which is a skill taught by his father, exercising, and bike riding.
View in Member Directory Will open in a new window
View in Member Directory Will open in a new window 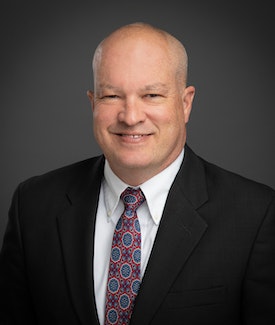 Trey Fletcher has over 20 years of experience in local government in Louisiana and Texas, and was appointed to serve as Pflugerville’s Planning Director in 2006, then as an Assistant City Manager in 2011. In this role, he is responsible for the city’s Development Services Center, Engineering and Finance departments as well as the Pflugerville Public Library among other initiatives. Prior to Pflugerville, Fletcher held a variety of planning positions with the cities of Lake Charles, Louisiana and College Station, Texas as well as with Wilbur Smith Associates in Houston. He is a member of the American Institute of Certified Planners, and is a credential manager by the International City/County Management Association. Trey has BS in Geography from Texas A&M University, and in 2017 graduated from the University of Oklahoma’s Economic Development Institute.
View in Member Directory Will open in a new window
View in Member Directory Will open in a new window 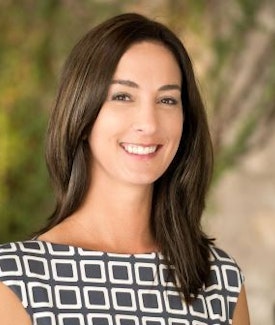 Nichole is the director of business attraction leading Round Rock’s economic development business recruitment efforts. She is in charge of planning, directing and overseeing business development efforts for the city. Nichole has over ten years of marketing, communications, and sales experience; focusing the past five years recruiting and attracting talented companies to Texas. While at the Round Rock Chamber, she has worked with companies like Premier Research Labs, ICU Medical, Samsung, Dell, and others to establish or grow a presence in Round Rock. Prior to coming to the City of Round Rock Nichole served as the director of marketing for Allen Economic Development Corporation and was the manager of sales and marketing for Dallas County Community College District; focusing on workforce professional development. Nichole is a graduate of the University of Cincinnati, holding an MBA in marketing management and a Bachelor of Science degree in Cultural Anthropology. She is a member of Opportunity Austin, Texas Healthcare and Bioscience Institute, Texas Economic Development Council, and the International Economic Development Council. In addition to Nichole’s current role, she teaches marketing courses for Ohio Christian University, as well as volunteers her time to help veteran based companies, such as VETSEMR, with their marketing efforts. Previously, Nichole served on the United Way of Collin County and Allen Community Outreach Boards of Directors. Vance has been honored by the International Economic Development Council with three Gold and one Bronze Excellence in Economic Development Awards. IEDC's Excellence in Economic Development Awards program recognizes the world's best economic development programs and partnerships, marketing materials, and influential leaders in economic development.
View in Member Directory Will open in a new window 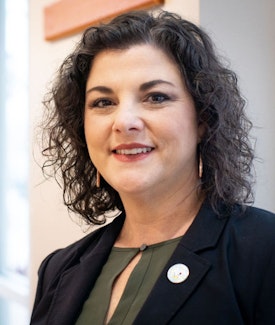 Diana Torres has been the Director of Economic Development for the City of Kyle since the creation of the Department in October 2005. During that time, the City of Kyle has become a very successful, leader in economic development. During the time Diana has been at the helm of the Economic Development Department, Kyle has welcomed an exceptional amount of commercial activity, including the two nearly 1 million sq. ft. of new speculative industrial facilities within a mile in two projects. These projects will be home to quality companies offering meaningful jobs to the community such as Smile Direct Club. Under the direction of Torres, Kyle has also become a medical hub for state-of-the-art healthcare in Hays County. Seton Medical Center Hays hospital opened its doors in 2009 and has brought with it a wave of medical facilities totaling over 1 million sq. ft. and providing over 2,300 medical related jobs. Prior to her time in Kyle, Torres was the Director of Economic Development for the City of Cuero (2000-2005). She graduated with honors from the University of the Incarnate Word with a BA in Psychology, is a graduate of the University of Oklahoma Economic Development Institute and holds a certification as an Economic Development Finance Professional as well as Economic Development Master Practitioner.
View in Member Directory Will open in a new window 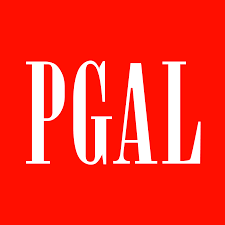 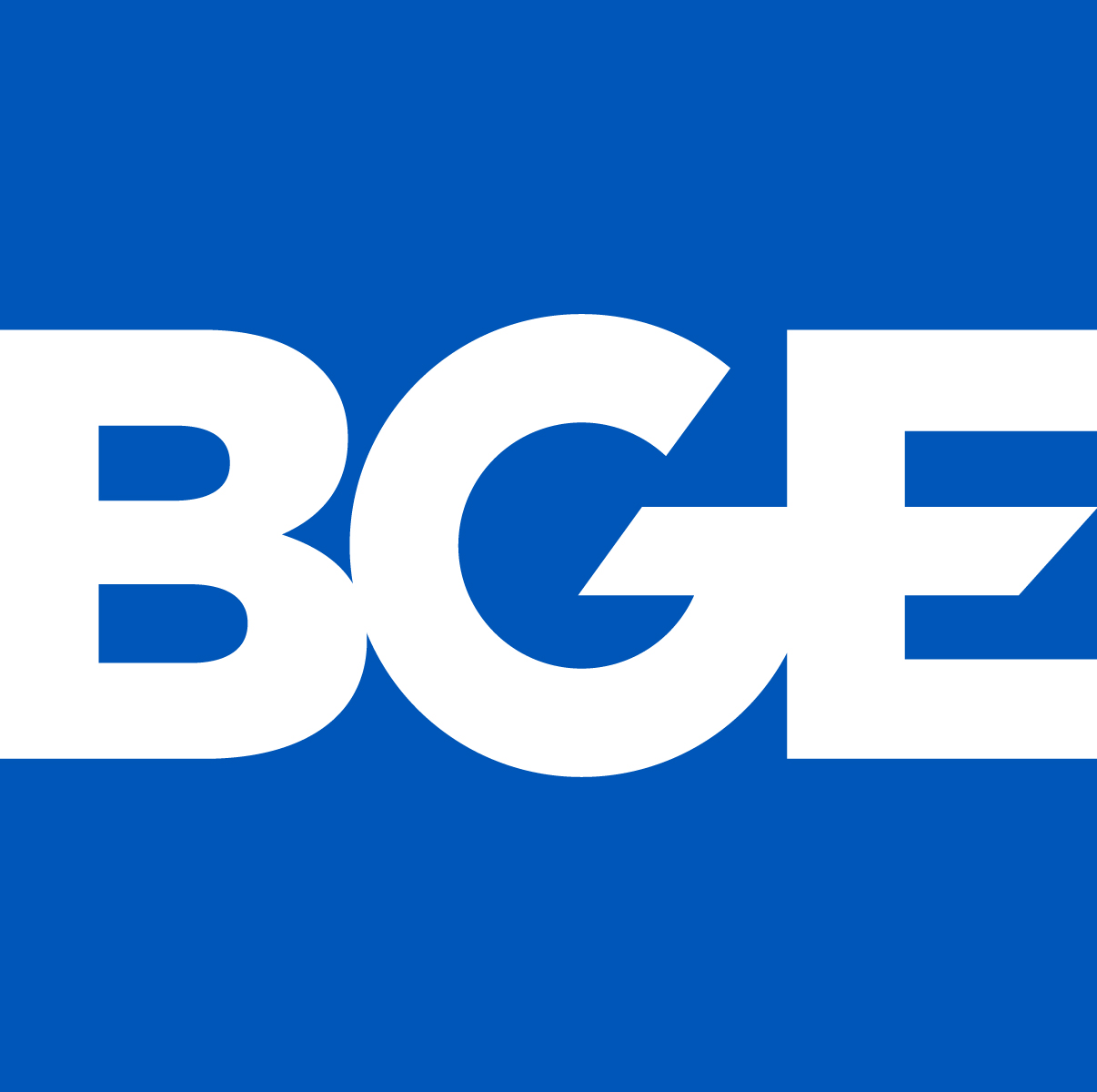 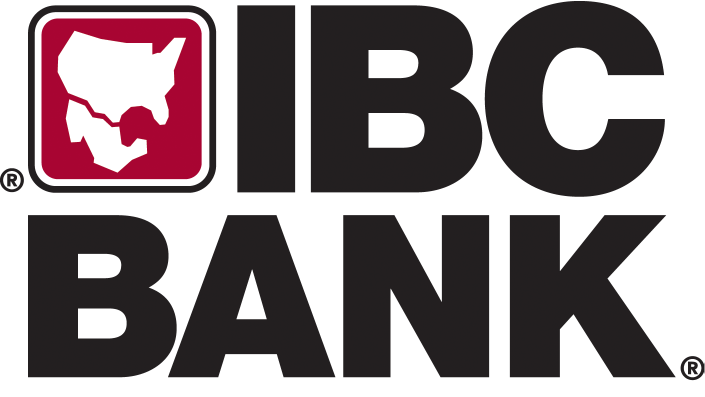 The 2020 Spring Meeting Webinar Series consists of 15 webinars held over the course of six weeks. Get fresh insights and engage with global leaders who are at the cutting-edge of the real estate industry. You may register for the entire series* or select individual webinars.

As the COVID-19 crisis continues, there is much discussion about balancing physical and economic health.  Texas’ new reentry program highlights concerns about the fiscal well-being of businesses and workers.  Join ULI Austin to hear about financial relief programs available at federal and local levels and the possible impact on Austin’s businesses.