VIRTUAL        ZOOM
This event is open to EVERYONE, members and non-members.
Not a member? Join Now!
REGISTRATION ENDS 9/20
IN-PERSON PRICING

SEE WHO'S ATTENDING: IN-PERSON  |  VIRTUAL
ULI Austin recently recognized Project Connect as the 2021 Impact Awards - Next Big Idea. This upcoming project is a transformative transit plan adopted by Austin voters in 2020. It includes a light rail system with a subway downtown, improving the speed, reliability and safety of the entire system. Our panel provides unique perspectives on Project Connect's recently released development plans and the transformative impacts that will affect the land use industry and communities in Austin.
PANELISTS
MODERATOR: Mark Bulmash, President, Mixed-Use/Master Plan Development, Presidium
SCHEDULE:
PLATINUM UNDERWRITER

GOLD HOSTS
Per CDC and Local Government Recommendations, we encourage everyone that is not fully vaccinated to participate virtually.
For attendees safety and comfort, in-person attendees will be required to:
>> Wear a mask except when eating or drinking <<
>> Maintain social distancing and avoid contact (no handshakes, please) <<
>> Acknowledge the COVID Guidelines and complete a health screen <<
REGISTRATION FAQ'S 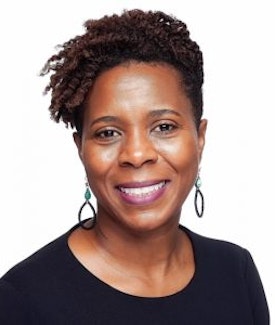 With more than a 20-year career in operations, program management and consulting in the nonprofit sector, Nefertitti has worked primarily with community based organizations to cultivate, preserve and promote African American culture. As a student of African American studies, Nefertitti understands the vital importance of building institutions that value and celebrate the African American aesthetic. By building a foundation for sustained success, she provides future generations a connection to their rich cultural heritage that will be more than a source of pride and inspiration, but also important road maps helping them navigate this most challenging journey of life. Cultural competency must remain relevant to these journeys.
View in Member Directory Will open in a new window 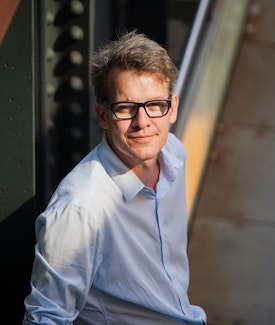 Chief of Architecture and Urban Design - Peter Mullan brings decades of experience working in public space design and community engagement to Austin Transit Partnership. He believes Project Connect is an extraordinary opportunity to reinforce and enhance Austin's diverse and human-centered urban fabric. Peter comes to the Austin Transit Partnership from the Waterloo Greenway Conservancy, where he served as CEO since 2015. An innovative public park system built around a restored Waller Creek, including the transformed Waterloo Park and Moody Amphitheater opening in 2021, Waterloo Greenway will give the Austin community a new public gathering place, combining access to art and culture with an immersive natural experience in the heart of the city. Before moving to Austin, Peter played a critical role in the creation of the High Line in New York, a global model for next-generation public spaces. A licensed architect by training, Peter is a graduate of Princeton University and the Yale School of Architecture, where he was the recipient of the Alpha Rho Chi medal for Leadership.
View in Member Directory Will open in a new window Biography – Stanley B. Wall Stan Wall is currently Director of Real Estate and Station Planning at the Washington Metropolitan Area Transit Authority (WMATA). Mr. Wall is also president of Wall Development, a Washington, DC-based real estate development and advisory services firm established in 2005. The company pursues fee and at-risk development opportunities in the Washington metropolitan area with a focus on public-private partnerships, sustainable development, and, urban infill in emerging development areas. Additionally, the company provides advisory services to federal, state, local government, and quasi-public agencies to assist such agencies at all stages of the development life cycle from early stages of conceptual planning and feasibility analysis to long-term project/program oversight. Mr. Wall was previously a Vice President in the Public Institutions practice in Jones Lang LaSalle’s Washington, DC office. Prior to joining Jones Lang LaSalle, Mr. Wall served the Washington Metropolitan Area Transit Authority (WMATA) as a Capital Program Manager. Stan has several years of additional experience as part of the program leadership practice of Deloitte Consulting, and prior to that, as a Project Engineer with construction management firm Bovis Lend Lease. Mr. Wall earned a Bachelor of Architectural Engineering degree (Construction Management emphasis) from the Pennsylvania State University, College of Engineering. He later received his Master of Business Administration in finance and real estate from the Wharton School of Business at the University of Pennsylvania. He has been a member of the Urban Land Institute for several years, as well as a member of the US Green Building Council. He is certified by USGBC as a LEED Green Associate.
View in Member Directory Will open in a new window